Soviet and Russian gun export is perhaps the most difficult chapter to write, because information is barely available. On the Russian side, it is classified, first because the makers all belonged to the military-industrial complex, and lately as commercial secret. On the importing side, it has to do with numerous companies, some of them no longer exist. At this stage, I don’t know even know how to approach this problem, and perhaps the best way to start is to put down what I know by now (December 2015).

The export of Russian hunting shotguns did not begin until 1960s. In fact, before the second part of 1950s production capacity of domestic gunmakers wasn’t sufficient to satisfy even local demand, and the country imported scores of shotguns (mostly from East Germany). However, by 1960-1962 it became evident that the collective farm based agricultural system couldn’t feed growing urban population. The USSR had to import large quantities of food, and needed hard currency; all industries were ordered to come up with ideas for export merchandise.

Early export Izh-54 with “Made in USSR” in Russian. (Photo by Bladeswitcher @ www. shotgunworld.com)

IzhMech answered with a major breakthrough in both manufacturing capacities and the model lineup. Every hunting shotgun produced by this maker was improved or so radically reengineered that it was given a new model name. Izh-58 got circular rather than oval receiver-stock joint. On Izh-54, barrel design was changed from dovetail to monoblock. Izh-59 over/under also got new barrels (all barrels for 12-gauge double guns were standardized to 725 mm length and 18.2 mm bore) and a new, more traditional fore-end, and was renamed Izh-12. The single shots were given new names – Izh-17 (hammer) and Izh-18 (hammerless); they got new triggers, all-new receivers without an opening on the underside and stronger lockup. Izh-18 also received trigger-mounted safety and a cocking indicator on top of the action. 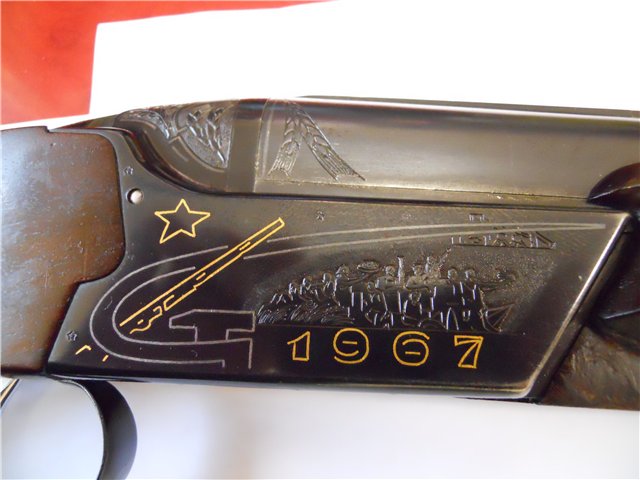 TOZ was slightly behind. They did improve their hammer Model BM, introducing chrome-lined monobloc barrels made of better steel, which allowed to reduce weight. The guns with the new barrels were named TOZ-63 (16 gauge) and TOZ-66 (12 gauge), and, interestingly, were made alongside the BM guns made to old specifications for a few years afterwards. But in introduction of new models TOZ apparently ran into problems. TOZ 34 over/under and MTs-21 semiauto were developed by mid-1960s (TOZ-34 even was awarded the Gold Medal at 1965 Leipzig Expo) but did not get to mass production until the end of the decade.

MTs8 that made it to Sweden. (Photo by http://www.jaktojagare.se)

TsKIB SOO offered all their models, but this limited-capacity, essentially bespoke maker could hardly make a difference in this game. In any case, selling upmarket guns requires a big marketing effort, and planned economy is by default less than efficient in such things. I’d say, to really sell TsKIB guns out there, one would have to open show rooms in London, New York and perhaps a few other major Western cities, and hire a top internationally recognized shot as the face of the brand.

Branding was something alien to Soviet planned economy – without competition, it didn’t really matter how a product name sounded. In 1930s, Izhevsk hunting guns were marked as made by “People’s Commissariat of Defense Works #180”. This, of course, wouldn’t do in the competitive bourgeois economy. Someone came up with “Vostok” for sporting arms and “Baikal” for hunting guns. I don’t know what person or organization suggested the names, but the Baikal logo was drawn by noone else but IzhMech’s Leonard Vassev. Today the Baikal brand is firmly associated with IzhMech, and following the transition to the Capitalist economy in 1990s the company secured the legal rights for it. But back in the day both Baikal and Vostok were umbrella brands for a variety of makers, although the division between them is obscure to me at this stage. For example, IzhMech guns for clay sports were sold as Baikal, but TsKIB sporting guns came as Vostok, at least on some markets.

Exported guns were made in the special Export grade, which featured the same finish as regular grade, but the guns were assembled to custom grade specifications (e.g., in regular guns the fit was controlled by gauges, but the custom grades were fit by smoke or paint). The first batches of export-bound guns were even made by one of the custom departments of the plant, as witnessed by the proof marks which look etched rather than stamped on the flats (I call it “drunken master style”). The production costs were apparently 15% above regular grade. First guns were marked “Made in USSR” in Russian, later the inscriptions featured the model number and “Made in USSR” in English. An Izh-17 single shot (circa 1968) pictured here has a curious combination of the English and Cyrillic letters. 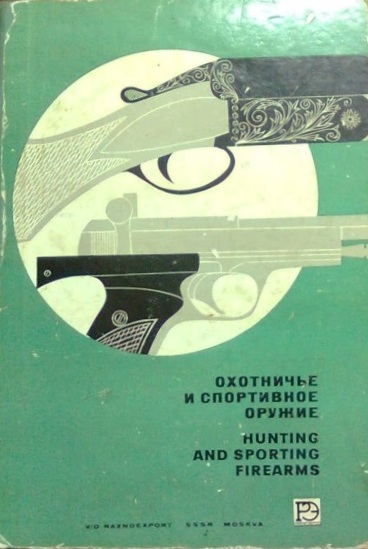 Another thing I don’t know is how Soviet exporters found their customers. All export of consumer products, apparently, was carried out by the specially created outfit called “Raznoexport”. It looks like “Raznoexport” looked for sales contracts on world trade fairs and expos. The Montreal 1967 World Expo seems to be an especially important milestone for Russian gunmakers. Exhibition shotguns engraved by Leonard Vassev and other famous artisans impressed the Western shooting public and brought new orders, and new feedback.

18 thoughts on “Export of Soviet Guns, Part I.”