The new flashmob on Facebook that encourages hunters to post their hunting photos may actually fuel up anti-hunting sentiment. 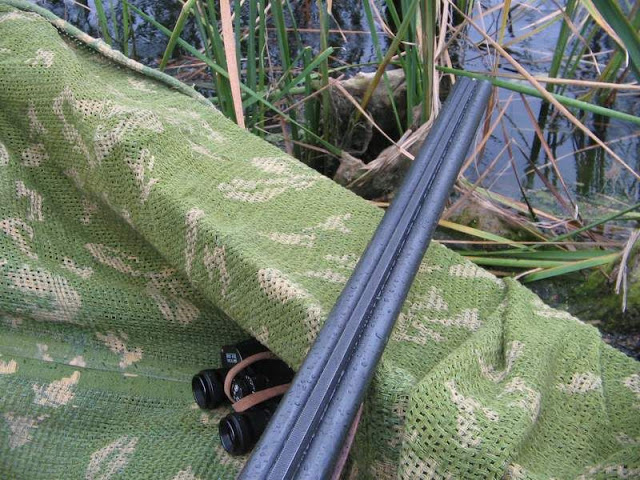 You log on your Facebook account, click on the red number that flashes up against the little Earth image, and read “So-and-so tagged you in the post”. You know So-and-so to be a fellow hunter, so you click on the post, and see a hunting picture and a request for you to post one, too – to “flood Facebook with hunting pictures instead of junk“. You pick up one of yours, and past it on, tagging another hunting buddy… nothing wrong with it, right?

Well… the idea itself is cool, I’m all in favor of it. The problem is that most hunters pick up a photo of their most prized trophy. And that’s where it may go wrong – depending on why you want to “flood FB with hunting pictures”.

If you’d like people to take hunting on a more positive tone, think again. You don’t use images of dead animals to promote hunting among non-hunters! I don’t know how to stress it enough; if you don’t believe me, ask the Pilgrim ad agency that did “Hug a Hunter!” campaign in Colorado, it was one of the findings of their audience study.

I totally understand why some hunters want to post their trophy photos. It’s not a bragging context, it’s just that a trophy is the most perfect and natural symbol of what goes into a hunt – if you’re a hunter. A hunter will easily “read” through the story behind each antelope antler or bear skin – the sweat, the fatigue, the patience, the insecurity, etc. etc. etc. But for a non-hunter, it’s just a dead animal. An image of a dead animal triggers disgust before the rational brain has a chance to speak up – and by the time you get to say about the hardships, the family tradition and the conservation effect, the viewer’s mind is already made up to take you as the bad guy, and anything you may say in your defense will simply not get through.

The message is simple.

If you want to do the punk rock act or avant-guarde artist routine – that is, to shock and disgust your audience – by all means post your most antlered deer or your most big-toothed crock. If one can see the wound, especially if there’s lots of blood, so much the better. Sid Vicious would be proud of you.

But if you want the non-hunting part of your friends page think “hunters aren’t as bad as Disney has it” – pick up a photo that doesn’t have a dead animal in it.

The pic above is one of my favorite hunting picture ever. A few years ago, I wrote in my Russian blog, remembering an uneventful duck hunt from way back when:

Raindrops on the barrels.

On a hopeless grey autumn day afield, in the boat, waiting for the ducks that don’t fly, in spite of theoretically optimal weather – a windless drizzle – and the world in which you try to see these ducks looks like a sandwich of yellowish reeds squeezed between grey monotonous water and grey monotonous sky – and the barrels of your shotgun are pointed at the sandwich – and the raindrops are falling on oiled metal and gather into big quittering blobs – and you wipe them off with your hand and watch new ones take shape.

My friend Максим Калинин , who was with my wife and me on that hunt, responded immediately with this picture, taken on that very day.That’s what hunters’ bond is all about. But the reason I love it is that I’m fascinated with the poetry of blank days. Hunting is not reducable to killing, but this truth is very difficult to prove to non-hunters. It’s true, nonetheless, and the evidence for this is our ability to enjoy hunting even when we don’t get to kill anything.

One thought on “Hunting Photo Flashmob”