“How long will my gun last?” – an important question not just for a shooter on a budget.  Some brands measure estimated service life of their shotguns in thousands of shells the gun will fire. For example, Baikal MP-153 semiauto was guaranteed to last 3,000 Magnum rounds (1050 Bar service pressure), and so is its successor, MP-155. How well do the Russian autoloaders live up to these promises? In the natural course of events, the search for the answer would be long and difficult, as few hunters keep accurate records of shots fired and all hunt under different conditions. To make things faster and somewhat more scientific, some journalists and marketers run endurance tests, with thousands of rounds fired in the course of a few days.

But before I tell you how well (or badly) MP-153 and MP-155 performed at such tests (and show a couple of videos with MP-155), let me offer you something absolutely vital for correct interpetation of the results. 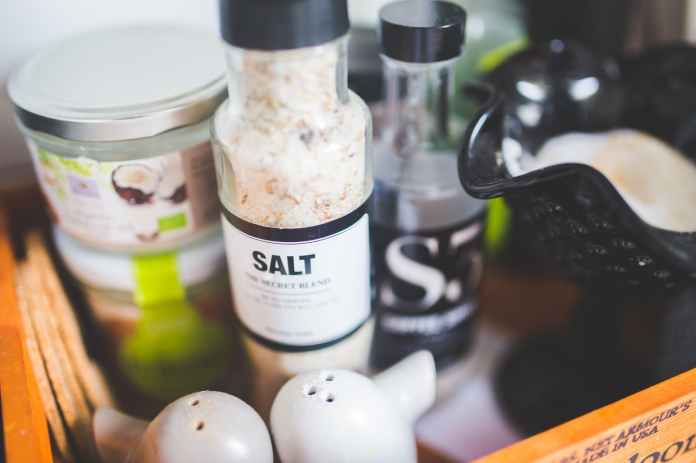 A grain of salt!

There are many questions to the validity of fast-forward endurance tests. First is known in science as non-representative sample. Can we really pass judgment over a multitude of 10,000 or even 100,000 objects based on one randomly picked specimen – which could be defective, or, vice versa, uncommonly good?

Second is conditions. A 1,000 shots fired at the range in a day does not equal 1,000 shots fired in 5 years of hunting. On the one hand, at the range a gun is not exposed to the same amount of humidity, sand, etc. than afield. Being an automotive tourism nut, I know that a car is much less likely to break during a 8,000 km. journey than if you spread the same milage over a year of “take kids to school” short blasts. In addition, many testers use light target loads which have less impact on the shoulder, the budget, and the gun.

On the other hand, unlike a car on a highway, conditions for a shotgun in an endurance test are easier in some respects, but unnaturally hard in others. With a long succession of shots after each other the gun absorbs a lot of accummulated pressure on already stressed and overheated (i.e. soft) parts before they can cool off and regain their specified shape and structure. The bottom line is, there’s no saying how these endurance tests translate into actual performance afield.

However, so far an endurance test is the only scientific method for estimating durability of a gun. For all its faults, at least it could be replicated (an important consideration as you’ll see below), and conditions are usually similar enough to make meaningful comparisions between different models.

In 2004 the Italian gun and shooting magazine Armi e Tiro took an MP-153 and fired 10,000 shots through the gun in a day. The only problem they faced was overheating. For some reason, gun editors of an influential publication failed to foresee that a gun will get hot if you keep firing it non-stop. They tried to facilitate cooling with a tire compressor from someone’s car, but still overheating was bad enough and the solder on a few posts of the ventilated rib came off. They knocked the rib off altogether to be on the safe side and kept firing away without a hiccup.

In 2005 Armi e Tiro decided they hadn’t had enough, and repeated the endurance test with another MP-153, this time with a plastic stock. They got 50,000 shells, and went on a five-day shooting spree, only now they prepared a tub of water to dip the barrel in for cooling. They kept banging away for 10 to 12 hours a day, taking a pause every 800-1,000 shots to strip and clean the gun. Save for the initial break-in, the ammunition used was 28 gram target loads by Fiocci. 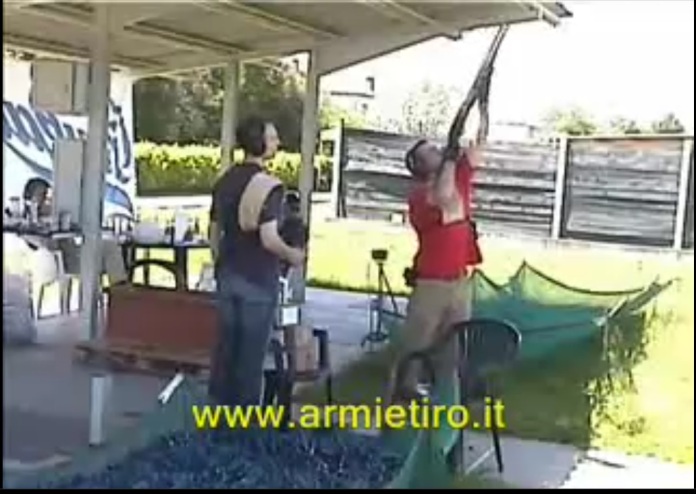 Still shot from Armi e Tiro video footage (to view the full video click here). Note the box of empties to the right of the shooter. The gun seems to be the “Taktika” version with 8-shot magazine.

By the end of Day 5 the Baikal MP-153 still held together. It lost some of its finish, the plastic stock melted a bit in the areas of contact with leftover powder gases, but it kept shooting as on Day 1. Overall, the Armi e Tiro team experienced only two issues. They had to replace the bolt release button spring, and the vent rib came off (again, but anyone familiar with what lousy solder IzhMech uses to lay ribs could predict that without a crystal ball). The Italian journalists explain both issues by the hurry – the spring was probably misassembled during one of the cleanings, and the rib came off when they decided to shoot more and cool less, because they were running out of schedule.

To my knowledge, nobody tried to run anything even close to 50,000 shells through MP-155. The nearest came the attempt by Kalashnikov Concern (parent company to IzhMech factory and Baikal brand). In 2017 they arranged a big face-off between MP-155 and the guns who were supposed to be its main competitors: Hatsan Escort and Kral Arms M 155. They invited some of Russia’s most prominent gun writers, and the plan was to go bang 5,000 rounds with each of the three, and then see which would be in better shape.

Reality, however, defied expectations, and the participants had to proceed to Stage 3: vodka and discussion a bit earlier than predicted.

Click below to view the full video coverage of the endurance test.

The shells used for the endurance part were Fetter 3″ Magnum loads with 42 grams of lead shot.

The result shown by Hatsan should make you remember what I said above about representativeness of the sample. The Escort may not be the most reliable semiauto in the world, but it’s been around for years, and we know it’s not that bad. It had to be a factory fluke, and the evidence that it was so is provided by another Baikal-Hatsan face-off, this time organized by the OrenGun, a local gun shop from Orenburg, Russia. The shop’s owner Konstantin Kuznetsov has been selling Hatsans (and Baikal’s) for years, and the Escort’s inability to fire 300 rounds contradicts everything he knows about these guns. So he applied the scientific method and replicated the experiment.

The OrenGun test included firing 1,000 rounds from each gun. They started with 3″ Magnums for break-in, and then went on with 36 and 32 grams game loads by various makers. As far as one could tell from their YouTube video (their channel struggles with the notorious new-for-2018 YouTube rules, so I’m not sure you’ll see it here) Hatsan Escort had a slightly higher jam rate than Baikal MP-155, but both guns survived the test. However, MP-155 appears to be developing a defect – the tray is working itself loose on its pin. Their prediction is that a few hundred rounds later the gun will become a single shot.

This shows the importance of adequate sample size. But even as it is, the endurance test results match the impressions of thousands of users. MP-153 performed better than you could expect from a budget semiautomatic shotgun. MP-155 performs like an average low-budget semi. It has – at least in the 12×76 (3″ chamber) version – lost the built-like-a-tank quality of its predecessor. Indeed, “they don’t make’m like that no more!”