Such news really ought to come with Surgeon General’s warning: “Holding one’s breath on Russian gunmakers’ promises may lead to extreme hypo-oxidation”.

Mikhail Degtyarev of the Kalashikov Magazine reports that all civilian gunmakers of Tula have been united under the same parent company and brand: “Tulskoye Oruzhie” (Rus: Тульское оружие, “Tula Weapons”). This includes TsKIB, TOZ, and the new player Levsha-T. The three Tula gunmakers will have a “co-ordinated product policy”.

END_OF_DOCUMENT_TOKEN_TO_BE_REPLACED

The Arms&Hunting Expo Moscow, which takes place annually in October in the Gostinny Dvor Expo Center, is, to quote Russian Hunting Magazine’s Editor-in-Chief Mikhail Krechmar, a way to tell what the next year will be like for the Russian hunting and hunting gun industry. This is, of course, only partially true: like any attempted futurology, an analysis of the expo can’t account for black swans. Allowing for this, let’s see what’s going to be in store for the Russian civilian gun industry as of October 2018. END_OF_DOCUMENT_TOKEN_TO_BE_REPLACED

“How much does my gun cost?” is one of the most common question about Russian guns – especially MTs (a.k.a MC, a.k.a. MU, a.k.a. Vostok) by TsKIB, Tula. Usually, with high-end guns, the best hints on the gun’s price come from what the hammer falls on at gun auctions. But the produce of the “Soviet Purdey’s” seldom grace the halls of Holt’s, Julia’s, and other auction halls. However, as many as five MTs guns could be found in the catalogue of Joh. Springer’s Erben XXIII Classic Auction (Nov. 9, 2017, Vienna, Austria). END_OF_DOCUMENT_TOKEN_TO_BE_REPLACED 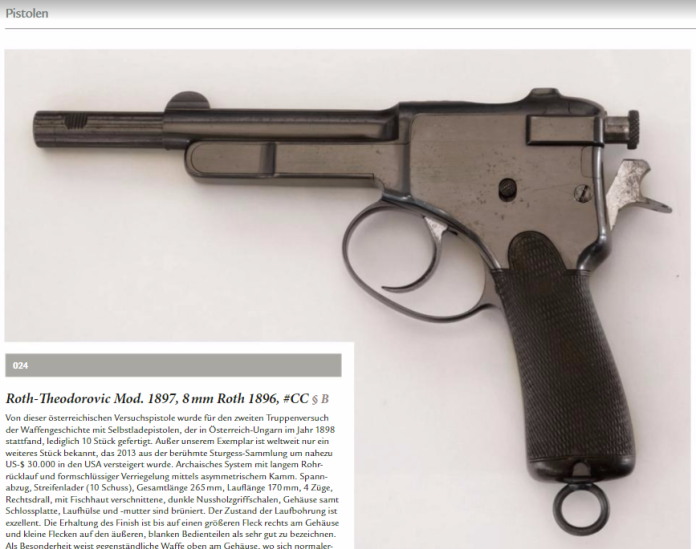 I’ve spent a few joyful hours today admiring the catalogue of Joh. Springer’s Erben 22nd Classic Auction over a cup of coffee, and while I’m not really into handguns, this 1897 Roth-Theodorovich that graces the cover of the catalogue is definitely something else. Its ugliness is so complete that it approximates beauty. But the action is not just about ugly pistols – click on “more” to see some of the beautiful and unusual rifles and combination guns that will go under hammer on April 20.

END_OF_DOCUMENT_TOKEN_TO_BE_REPLACED

No, this is not a belated April Fools joke. The Facebook page of the Kalashnikov magazine reports that the pump-action version of the Saiga rifle (the civilian version of the AK) will be presented to the public in June, at the IPSC World Rifle Championship in Moscow. Only one or two rifles, chambered for .223, have been made specifically for the IPSC rifle event.

The rifle will probably never be mass-produced, but you never know – much would depend upon how the public welcomes it. Speaking of which, what do you think about the concept:

In January and March issues for 2017,  Russian Hunting Magazine ran Elisaveta Tselykhova’s interview with Sergei Minkov, who used to do pre-production tests of new hunting guns at a model hunting preserve ran by VNIIOZ (Research Institute for Wildlife Management and Fur Farming). Talk about a dream job for a hunter and a gun nut! Sergei handled just about every new item of a hunter’s inventory introduced in the USSR from 1978 to 1991; here I’m reprinting here the part of the interview that deals with the MTs-19 rifle. 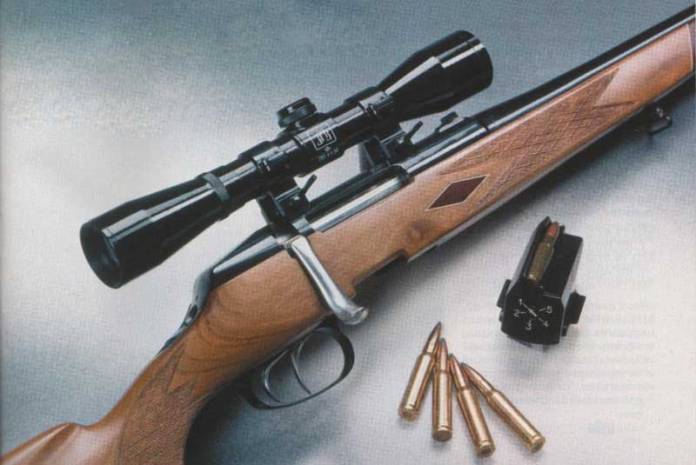 END_OF_DOCUMENT_TOKEN_TO_BE_REPLACED

This year saw numerous articles in the national gun and hunting magazines covering the Kalashnikov Group – a holding company that controls a number of Russian gunmakers and defense industry enterprises. The group, apparently, is trying hard to improve Russian gunmaking industry, and the stories about it mean to fill you with hope. This includes Izhevsk, the home town of the Baikal brand. END_OF_DOCUMENT_TOKEN_TO_BE_REPLACED

From 1962 to 1987 Soviet citizens could not own rifles. Those who needed a rifle for work – professional trappers, reindeer herders and such – could have one issued by the organization that employed them, but the rifle would be the property of the organization. Private ownership of rifles (and handguns) was banned. Some Communists, however, were more equal than others…

END_OF_DOCUMENT_TOKEN_TO_BE_REPLACED

More news on what the Kalashnikov Group is up to from Evgeni Spiridonov. All right, so it is not a shotgun, but as much as I can judge, this nice light little .308 carbine deserves a second look.

This rifle is not without history. At about 1972 Leonid Brezhnev expressed the desire to own an autoloading hunting carbine for the .308 Winchester. His wish was the Soviet gunmaking industry’s command, and Izhevsk Machine-Building Plant (IzhMash), the country’s leading maker of automatic small arms (AK, SVD, SKS and a number of hunting rifles) started to design a carbine for the Secretary General – and that ended up with the Izuybr (the name means East Siberian Red Deer). Brezhnev didn’t get to hunt with this rifle – TsKIB was a little faster – and Izyubr remained for a long time as one of the “ghost models”, described in every gun book but very seldom seen afield. Personally, I haven’t seen one even in a gun shop.

Now things may be different, and the Izyubr is said to be on its track to mass production. It is gas-operated, with gas chamber above the barrel and the bolt locking by tilting – a  completely civilian action, totally unrelated to the plant’s military designs. Novel features include integrated Piccatini rail. The receiver is solid, and permanently fixed to the barrel, so the scope is likely to keep zero, but you won’t be able to clean the bore from the breech. Like with any Russian weapon, you’ll have to wait until the first mass-made carbines roll out of the factory to pass any judgement, but sure looks like Izyubr deserves rifle lovers’ attention.

Images are from Eugeni’s blog, and there’s more where they came from.